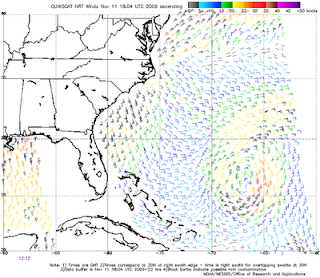 Captain Appleton has reported that crew had arrived on Sunday afternoon, and by Monday evening they had completed their orientation of CELESTIAL both above and below decks, and reviewed emergency procedures in thorough detail. They are on target for their departure on Wednesday morning. Captain Appleton had high praise for his fine crew, saying they were enthusiastic and well prepared.

Student crew-member Peter Schloss is aboard for his 4th ocean passage with the Maryland School from Norfolk to St Thomas. Peter had this to say to his fellow crew members prior to the cruise: "Even though this is my fourth passage to the USVI with the School, I have the same excited (and nervous) anticipation that I experienced prior to my first departure in November 2000. Every passage has been a different experience with different challenges and each crew a unique blend of sailing skills and life-experiences. I have spent the last week assembling my duffle… and then removing as many things that I can reject as “non-essential”. No matter what, it seems that we tend to bring “too much”… which is fine if it is enthusiasm, but not if it is “stuff!""

Captain Tom Tursi reports the following on weather expectations for the trip: "For the next 4-5 days the weather will be benign with moderate winds from the west. A cold front will be coming through by the end of the week which will give the crew north-westerly winds of 20-30 knots which will be good for progress." Captain Tursi will be monitoring progress of the cruise and will be in contact with CELESTIAL's crew via a Skymate satellite system. We'll receive reports from the crew approximately every other day and Captain Tursi will supply the crew with detailed weather analysis.

Please read the COMMENTS to this post where we will follow their ocean cruise with reports from the crew, discussions on weather and reports on actual progress. You can also follow CELESTIAL'S progress on our google map by clicking here.
Posted by Rita Hanson at 12:14 30 comments:

Welcome to the MDS blog!

The Maryland School of Sailing and Seamanship, offers a full range of courses from Basic Sailing through Ocean Training Cruises on Island Packet yachts in the Chesapeake Bay, Virgin Islands, Pacific Northwest and the Atlantic between Mystic, Norfolk, Florida, Bermuda, Bahamas and the Caribbean, as well as classroom or homestudy Celestial and Coastal Navigation classes.

At the Maryland School of Sailing and Seamanship, helping people become exceptional sailors is our passion. That's why our reputation as a serious school for serious sailors follows our students wherever they go. We don't cut corners or compromise safety to sell certifications. We simply offer the best sailing instruction and turn out the finest sailors found anywhere. Enjoy our blog, and please also visit our website.

Our IP 440 CELESTIAL under sail

Celestial, our Island Packet 440, with an intermediate level crew in the Virgin Islands